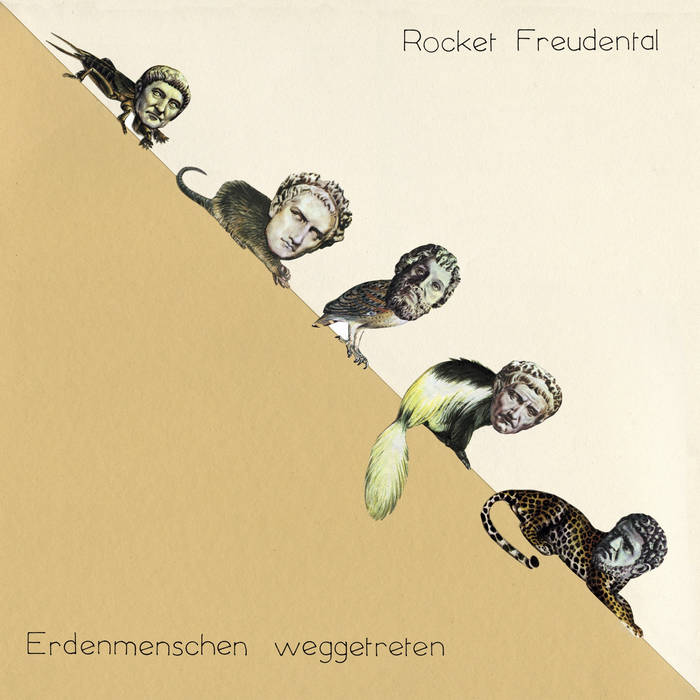 As if 21 years of Rocket Freudental wasn't more than enough, it's now time for the big payoff. Their upcoming album "Erdenmenschen Weggetreten" will be released on the 16th of October. It's their fourth album since the year 2000, and their first for nine years.
You might wonder why is this happening now, and what's the purpose of another Rocket Freudental album. Well, for starters, the lyrics that André Möhl wrote are snarky, furious, and often furiously judgemental about the current world situation. A dystopian sucker-punch to the face of society, full of poetic disgust and vengeance for all the things that went wrong this year. Here comes the twist… he actually wrote most of the songs in 2018/19, with what has proved to be a blisteringly accurate prophetic vision. They seem even more accurate right now than they did when he first put them down on paper .
The music of Robert Steng on "Erdenmenschen Weggetreten“ is an off-kilter hybrid in which the raw minimalism of punk is filtered through the electronic music of the past forty years. What comes out the other end is a perfect reflection of, and response to, the everyday of the right now. Trying to fit it into a pigeonhole would, however, be a task of Sisyphean pointlessness.
The album was recorded by André Möhl and Robert Steng with an ad-hoc approach to what consitutes a musical instrument: suitcases for drums, tin plates for cymbals, are all thrown into the blender.
The recordings were produced by Thorsten Puttenat (Putte and Edgar), and mastered by Ralv Milberg.
In times where hyper-sensitive pc-ness on the one hand, and hatred and violence on the other, run amok amongst us, Rocket Freudental are here to dole out some piercing self-reflection on the human behavior de jour.
Erdenmenschen stillgestanden, weggtreten.