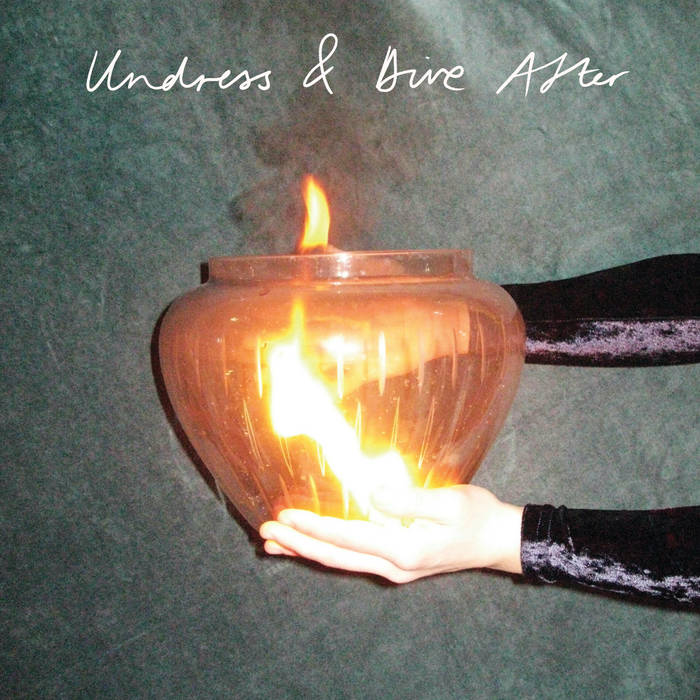 The title ‘Undress & Dive After’ comes from the lyrics of an old English folk song called “Hares on the Mountain.” It represents situations piled up upon each other, with new metaphors expressing the same thing again and again - the hopeless desire of women to pursure the men they are interested in.
“If all you young men were fish in the water, how many young girls would undress and dive after?’
This album title informed the recording and writing process of ‘Undress & Dive After’ from the start. Martha Rose’s lyrics consistently follow through the threads of the heart, the intertwining of desire and loss, and evoke a medieval valour in the pursuit of true love. There is always a scent of the unattainable crush - “I’m such a liar, but it’s just cos I love ya” - permeating her work.
Martha Rose puts herself into vulnerable positions, exploring both the cruelty and the sweetness that experience evokes. Her songwriting process is opened up to collaboration, with sounds heavily influenced by Miami Nice’s collection of synths, Dandy Deniz’s charming lead guitars and keys, and Garagenuwe’s irresistible groove via Balayage.

‘Undress & Dive After’ is an invitation to dive deep into Martha Rose’s poetic and emotional world, with all it’s sources of inspiration - a warm wash of casio sounds and visual cues embedded in mystical lyricism. Cotton and water, it is a sonic vision of a medieval forest, and an 80s village hall disco. It asks the listener to engage with different kinds of love, and to fiercely keep hold of joy.

There are odes dedicated to the creative vision of a beloved school friend (‘Keep a Part’), simple acts of kindness in moments of sadness (‘Coffee Love’), and the letters of her grandfather, which expressed a whole world he rarely entered into in speech (‘Signs’, dedicated to all grandparents).
In ‘Iron Age Daydream’ we see a metaphysical expansion of her emotional universe into a fusion of visions and thoughts. ‘Fine to be alone, naked underneath my clothes’, Rose laconically explores and links up themes of awkward holiday plans, infuriating day jobs, the taste of blood in wounds that don’t hurt anymore, the imagined memory of ancient civilisations, jars of unborn embryos in the natural history museum, the fantastical worlds of E.T.A Hoffman and Georges Bataille. It ends back where it started, with rolling, foaming milk, conjuring daydreams and burning seas.
‘The Infanta’ puts the listener into the eyes of the dwarf in a short story by Oscar Wilde, who is struck dead by his naive love for a cruel princess. The dwarf’s inoccent perception of himself as a beautiful dancer in nature is ruined by the process of looking in the mirror. He loses his natural joy, and sees how society views him. This brutal acknowledgement is too much for his innocent soul.

Martha Rose is a Berlin based musician, born in Camberwell. She learnt violin as a child, and studied English and German literature. She began writing songs after she was given a guitar wrapped up in newspaper by her first ex-boyfriend. She has since gained a cult following in the Indie/DIY scenes in both the UK and Berlin, working extensively with other musicians as a multi-instrumentalist, and gathering her own songs and experience.
She has supported Kevin Morby, Ilgen-Nur, Joan as Policewoman, Julien Baker, and Die Nerven, and has performed and recorded with Berlin favourites Fenster, Magic Island, Jaakko Eino Kalevi, John Moods, Sally Dige, Stella Sommer, Grip Tight, Dandy Deniz, JFR Moon, the Neukölln Country Club, and Richie Setford. UK friends and collaborators include Fear of Men, Marcus Hamblett, Emma Gatrill, and Kristin Mc Clement of Brighton’s Wilkommen Collective.