A Story of Sahel Sounds 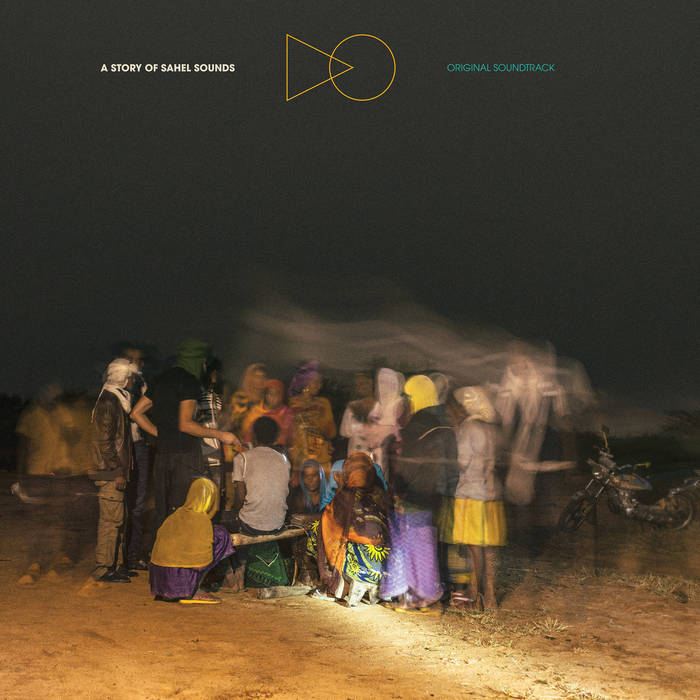 A Story of Sahel Sounds

This music was recorded during the filming of the documentary a story of Sahel Sounds be- tween November 2013 and October 2014.
The film provides an inside look at Christopher Kirkley’s project “Sahel Sounds” - a blog, record label and platform to explore arts and music of the Sahel region through non-tradi- tional ethnographic fieldwork.
The film follows Chris from Portland to Niger, where he meets some of his long term col- laborators as well as new artists, such as electronic keyboard wizard Hama, female guitarist Fatou Seïdi Ghali of Les Filles de Illighadad or the real stars of Agadez, Etran de L`Aïr. On a road trip from the capital to Agadez, the gateway to the Saharan desert, we witness stun- ning music performances along the way and after figuring out ridiculous Visa-workarounds, Mdou Moctar and his band set out on their very first European tour to excite audiences, while a hairdresser from Tahoua dreams of America, a place where cellphone recordings are pressed onto high-fidelity vinyl discs for the audience of the future.
Not a strict portrait, nor a straight music documentary, a story of Sahel Sounds cele- brates the wide range of musical performances of current artists from Niger, while leaving room to reflect on today’s role of ethnomusicology. Inspired by Christopher Kirkley’s work, this film also attempts to bridge cultural and geographical distances, offering a new view of Niger and a region that is often represented as a “Red- Zone-Area”.

The musicians featured on the original Soundtrack represent different styles and approach- es of the rich music scene of Niger. Tuareg fused Haussa-Pop, Keyboard-Synth-Psych or trancelike acapella-chants, it`s not a selection by Genre or Tradition, as well as there is no artificial sound manipulation. it follows Christopher Kirkley’s way of working with sound, therefore including the surrounding ambience is very characteristic to these so called Fiel recordings. Listening to and recording music involves numerous aesthetic, political and so- cial aspects, which are often influenced or even lost when working in a so called profes- sional recording environment. Field recording is an attempt to transport these raw aspects to the listener, exactly as they were experienced. Therefore the difference to the artificial, perfect studio recording is an organic and authentic uniqueness in sound.

Along with Christopher, we used various stereo microphones and digital recorders to document our encounters with the musicians we met during our journey. Most of the time we were sitting together with the musicians, talking and trying to anticipate what would happen next. When someone started to play, we would just start recording, despite the sound of people talking in the background, kids playing and laughing or friends riding their motorbikes to get new tea and cigarettes. Babies, crickets, goats, music played on cell- phones, cheers and claps – all sounds that define the ambience surrounding the field re- cordings on this soundtrack, and that for us describe so much more than just a musician and his/her song. It describes a space and an atmosphere - from a peaceful oasis on the outskirts of the Saharan desert, to an intense club gig in the heart of Berlin.
Talia Issouf invited us to his house and we sat down in a pillared, hall-like room, where he be- gan playing his songs accompanied by friends on bass and rhythm guitar. Despite his popu- larity on cellphones around Agadez, Talia remains a very humble musician. While someone was making tea in the background, we recorded more than a dozen songs.
The Takamba session took place outside a house in Niamey, the capital of Niger. The music was played on a calabsh and an amplified terhardent. An old boombox functioned as a speaker. All the Neighbors and kids gathered around us and started dancing while Almouner Ayouba & Mohamed Yaseen played their distinctive trance-like rhythm for over an hour.
The track by Azna de l`Ader was recorded from a VHS-Tape. In 2001 the band performed at the Festival de Jeunesse in Maradi and was filmed by Issiakou Yahaya Tourawa. Mona`s
thrilling guitar solos made the crowd go completely crazy. Although the band doesn`t exist anymore, Mona is still performing – the “Jimi Hendrix of the Sahara” lives on.
Hama placed his keyboard on the checkered floor tiles of his terrace. In the quiet neigh- borhood of Niamey`s embassy district we recorded the polyphonic sounds of his Yamaha PSR-64 disappearing into the night sky. Although his songs are well known all over the Sahel through unlabeled digital recordings, it was still mesmerizing to witness an open air live per- formance of Hama.
On our way back from Agadez, we visited the small village of Illighadad in central Niger, where we had the chance to meet Fatou Seidi Ghali. One of the rare women who play the guitar in Niger, she performed a few songs inside a small house of the nomad camp. Her beautiful voice hovered over the rhythmic claps and gentle guitar chords.
Fatou and her cousin Alamnou Akrouni also perform “Tende”, a music specific to the countryside. Named after a type of self-made drum, where two women sit on pestles flank- ing a mortar stretched with an animal skin and chant to the vibrant, monotone beat of the drumming. Accompanied by the claps and screams of everyone around, it creates a sound that can be heard a few kilometers away, so people can easily come together and celebrate. We recorded a few hours of the echoing, hypnotic harmonies until the voices grew weary of singing and the hands grew tired of the drums.
This was shortly after the rainy season while the countryside was still green and spotted with small lakes. During the daytime we recorded a session with Mdou Moctar and Ah- moudou Madassane, who were travelling with us. The battery-powered amp they brought with them was small, but proved to be loud enough for an intense open-air guitar-only ses- sion and everyone around confirmed it with frantic shouts and cheering claps.
“Chet Boghassa” by Mdou Moctar was recorded three months earlier in Berlin, while we accompanied them on their first European tour. In the tight space of the club “West Germa- ny” the band played a stunning show, this time with Achecouscous on the drums.
Mamman Sani is one of the oldest keyboard players from Niger. Known as “Mamman Sani et son Orgue Électronique” he recorded his first cassette in 1978. The love song “Sala- matu” happens to be one of his most famous pieces and was originally an instrumental track. In 2013 at the Le guess Who? Festival in Utrecht, during Mamman’s first tour through Europe, we recorded his new interpretation of this timeless piece, now including heart- warming lyrics.
Agadez is a place that has been shaped by generations of different cultural influences and Etran de L`Aìr, a six-man group who has been performing for more than 15 years, is a child of it.
We arrived at dawn, outside a small house somewhere in the outskirts of Agadez just as they started to play. A power generator rattled in the distance as the band was figuring out the working channels of their rusty 8-track-mixer. “Mon Amour” was one of the first tracks they played in order to get the neighborhood to gather together.
During the next three hours of trembling, energetic guitar music, while constantly switch- ing positions and instruments, Etran played music that is not Tuareg nor Hausa, but distinctly that of Agadez. By the time they finally played “Hadija” it was already deep into the night, and soon after everyone disappeared again – exhausted, but perfectly satisfied.
The release of this Soundtrack on Treibender Teppich Records closes a circle of collabora- tions. As part of the so called “Stuttgarter Szene”, we`re deeply rooted in an idea of col- lective work, overlapping collaborations and in a circle of friends that is constantly flowing and undermining fixed positions. It`s a spirit, that includes risks and obstacles, the possibility of failing as an inherent part of it.
It`s something shared between people - in Stuttgart, Portland or Agadez. D-I-Y because it`s necessary and liberating, but collective to remain strong and flexible.
-- -
Tobias Adam, Markus Milcke, Florian Kläger and Treibender Teppich Records